Robert (Bob) Kessler (M&A 1951) passed away from complications of cancer on September 16, 2021. Bob was a professional songwriter for the first part of his working life, collaborating with Michael Kamen, Bobby Scott, and Coleridge-Taylor Perkinson. His songs were recorded by Dionne Warwick, Bernadette Peters, Gregory Hines, Lena Horne, the Everly Brothers, and Waylon Jennings, among others. Some of his music can be found at bobkesslersongwriter.com. Bob later established Pendragon Press, a highly regarded publisher of scholarly books on musicology, with his sister and brother-in-law Claire and Barry Brook. To date, Pendragon Press has released over 500 titles. Please contact Bob’s daughter Amanda Udis-Kessler (amanda@amandaudiskessler.com) for information about the memorial service. 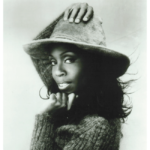 We sadly announce the passing of singer/songwriter Andrea Martin (LaG ’90). “Martin was a writer on popular 1990s songs including En Vogue’s “Don’t Let Go (Love),” Monica’s “Before You Walk out of My Life” and SWV’s “You’re the One,” which all claimed the top spot on Billboard’s R&B chart. Each of those hits also reached the top 10 on the Billboard Hot 100 chart, with “Don’t Let Go (Love)” rising all the way to No. 2. After establishing herself as a songwriter, Martin came out with her debut album as a singer, “The Best of Me,” in 1998. Martin also earned writing credits for Tony Braxton’s “I Love Me Some Him,” Leona Lewis’ “Better in Time” and Jennifer Hudson’s “I Still Love You.”” Please read her full obituary here. 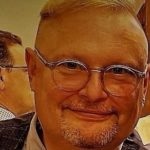 We are sorry to report the recent passing of Alan Pottinger, PA ’82, who died tragically on September 13, 2021. In 1986, Alan earned his BFA in Theatre Arts and Film at SUNY Purchase, and pursued his acting career, joining SAG-AFTRA and the Actors Equity Association. His work was seen from the small stage to the big screen; his film credits include  Biloxi Blues (1988), See No Evil, Hear No Evil (1989), Dead Poets Society (1989), Reversal of Fortune (1980), and MacBeth in Manhattan (1999). He appeared on many stages in New York and across the country, including The Public Theatre, The New York Acting Unit, Manhattan Punch Line, HERE, Syracuse Stage, Actors Theatre of Louisville, Berkeley Repertory Theatre, and Provincetown Playhouse. Later in his career he pivoted his career trajectory, deciding to dedicate his time and talents to a greater good. His earned a Master of Arts in Creative Arts Therapy from New York University, with a focus on Drama Therapy, and joined the team at Bellevue where he remained for his career, helping heal patients dealing with trauma and deprivation. Please read his full obituary here. 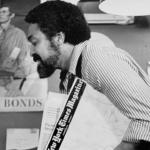 Reynold Dash Ruffins, M&A ’48, passed away on July 11th at his home in Sag Harbor, NY. He was 90 years old. Mr. Ruffins was an illustrator, graphic designer, and influential artist who contributed to the creation of Push Pin Studios with M&A and Cooper Union schoolmate, Milton Glaser. In the early 1960’s he started his own firm, Ruffins/Taback with friend Simms Taback, with whom he also ran a greeting card company. Their partnership lasted over 30 years, and clients included IBM, Pfizer, AT&T and Coca-Cola. He taught at Queens College, SVA, Pratt and Syracuse University. He was married to fellow M&A graduate Joan Young Ruffins, M&A 51, who also attended Cooper Union. Joan predeceased Reynold in 2013.  Read his full obituary from The New York Times here.

professor and self proclaimed “working-class intellectual” passed away on August 16th at his home in Manhattan. He was 88. Professor Aronowitz had an unlikely path to academia, dropping out of college and working as a metal worker before becoming a union organizer and later a scholar of labor studies. He wrote, edited or contributed to over 17 books, and ran for governor of New York under the Green Party ticket in 2002. Read his full obituary from The New York Times here.

We are sad to report the passing of Larry Harlow, M&A ’56, who was a pianist, bandleader, composer, producer, and influential figure in Latin music for decades. Born Lawrence Ira Kahn on March 20, 1939, in Brooklyn, he began studying piano at age 5. He was first introduced to Latin music on his way to class at the High School of Music and Art building. From his obituary in The New York Times: “When I got out of the subway, I would walk up this huge hill and hear this strange music coming from all the bodegas,” he told The Forward in 2006. “I thought, ‘What kind of music is this? It’s really nice.’” Read his full obituary from The New York Times here.

Ruth Hameyer King died on May 10, 2021, at 88 years of age, in Wells, Maine. Ruth attended M&A from 1947 to 1950, and in her senior year was elected class president. Following M&A, she attended Antioch College where she met her husband, Louis King. They moved to the Detroit area, where she completed her Bachelor of Arts degree in education at Wayne University, now Wayne State. She went on to earn her master’s degree at NYU in educational psychology and completed her doctoral coursework and exams in anthropology of education, all while raising five children. After moving from NYC to Ohio, Ruth was hired as an assistant professor of education at Wright State University.

Ruth retired from Wright State in 1990 and she and her husband moved to Hilton Head Island in South Carolina where she was politically active. She spoke up for election reform, labor rights, racial justice, environmental stewardship, pay equity, a strongly independent and free press, disarmament and strengthening social institutions at every opportunity.

We are sorry to report the passing of Thalia Cutchis-Pavlatos. Born in 1925 to parents who emigrated through Ellis Island, she began taking piano lessons from her uncle, Constantine Callinicos, a famed pianist and conductor of opera. Following Music and Art, Thalia went on to Hunter College and graduated with a degree in Speech & Drama, which proved useful during her modeling career in the Garment District. She met her husband and moved to Springfield Ohio, where they raised three children. In Springfield, Thalia participated in productions with the Civic Theatre, and supported the Springfield orchestra.