We sadly announce the passing of Milton Glaser 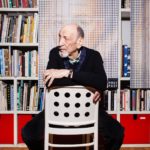 NY logo, the LA! logo, and so many more iconic graphics. He also established an award for LaGuardia students who excel in graphic arts and we just honored Rachel Quan (LaG ’20) with this prestigious award. https://www.nytimes.com/2020/06/26/obituaries/milton-glaser-dead.html 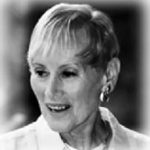 We are sorry to report the passing of Dr. Geraldine Prose Young (M&A ’44), known to family and friends as “Gerry.” She died peacefully on June 14th, 2020 after a long struggle with dementia. Following M&A where she studied music, Dr. Young attended Brooklyn College and graduated in three years. She went on, undaunted by the obstacles facing women in medicine at that time, and received an MD from The SUNY Downstate College of Medicine in 1951. As one of a handful of females in her medical school class, Dr. Young was a pioneer for future generations of women entering the medical profession. She worked for thirty-five years as a cytopathologist at the Albert Einstein Medical Center in North Philadelphia and managed a successful private practice diagnosing PAP smears from the family home in Elkins Park. Dr. Young made seminal contributions to clinical research throughout her career. For example, she was an early proponent of fine needle aspiration biopsy, which is now a standard diagnostic tool. She also had a strong sense of social responsibility, helping to start a PAP screening clinic in Zimbabwe after retiring in 1989.

Alumni & Friends is proud to award a student each year in her honor, as her family established the Geraldine Prose Young Award in 2006 to assist a LaGuardia student with their schooling.

We are sad to report the passing of Jean Campbell Moore (M&A ’43), an educator, social worker and radio host who passed away at age 92. Following her graduation from Music & Art at age 16, she went on to get an undergraduate degree at Hunter College, and earned her advanced degree in Social Work at Bryn Mawr College outside of Philadelphia. She went on to a career in social work in Philadelphia, and was recruited by Temple University in 1969 to become an adjunct professor.

Dr. Moore then became an assistant to the president of Cheyney University, then became vice president of institutional advancement at the University of Maryland Eastern Shore, a historically black college. Starting at age 65, she returned to Temple as host and executive producer of her own radio show, University Forum, broadcast on WRTI-FM (90.1) Temple radio.

Phyllis McGovern passed away April 24, 2020 at age 92. She was a well-known realtor in Connecticut and grew up on Riverside Drive in the same apartment building as Babe Ruth. After the High School of Music and Art she attended NYU after which she worked at a New York advertising agency. She met her husband of 56 years, Peter McGovern, longtime CBS broadcasting publicist, writer and friend for the late comedian Jackie Gleason, and later chronicler of Westport life and events for several local newspapers, who died in 2005. Read more. 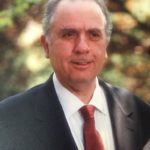 Norman Gulamerian was an artist and founded Utrecht Art Supply in 1949 with his brother Harold, from their Brooklyn basement. It became a  national chain of art supply stores. He passed away from COVID-19 on April 13, 2020. Norman was a long-time supporter of Alumni & Friends and LaGuardia students, and his daughter asked that their friends and family make donations in his honor to Alumni & Friends to help young artists. Read a wonderful story about Norman here. 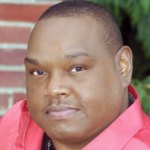 Steven Powell sadly passed away on April 14, 2020 from COVID-19. Enjoy this beautiful song of Steven’s: https://www.reverbnation.com/stevepowell/song/9748981-god-gives-me-spring

Michael Nestor (PA ’61), former Inspector General of Port Authority New York/New Jersey died on April 9, 2020 at the age of 76 from a brain tumor. He graduated from the prestigious High School of Performing Arts where his talent for dance and theatre led him to become Resident Choreographer of Utah State University. He performed on Broadway in Man of LaMancha, West Side Story, Milk & Honey, et al. Mr. Nestor then joined Law Enforcement and served 27 years for U.S. Customs and retired as Resident Agent in Charge. In 1997 he joined the Port Authority where from 2014 to January 2020 he was the Inspector General. In his distinguished 50 year career he served honorably in both government agencies and was known for his unwavering integrity and charisma. On September 11, 2001 he successfully led his employees on the 77th floor of North Tower to safety before its collapse. He is also credited with saving a woman’s life by carrying her down stairs to safety. His last minutes in the tower were recounted in two books, most recently “The Most Spectacular Restaurant in the World.” Read more here. 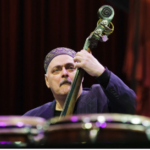 Jazz bassist Andy González (M&A ’69) passed away on April 9, 2020 at age 69. Andy González, was a ground breaking musician, defining the sound of the Puerto Rican experience in New York by merging jazz and Afro Cuban music. He not only played with some of the biggest names in Latin Jazz including Eddie Palmieri, but he established several barrier breaking bands, perhaps most notably the Fort Apache Band which he formed with his brother Jerry González (M&A ’67). His brother Jerry tragically died in a fire at his home in Madrid in 2018. Andy is survived by his brother Arthur and sister Eileen (M&A ’71). Read more.