We were recently informed of the passing of Dr. Norman Sussman, M&A ’63. Dr. Sussman was born in Europe on May 16, 1945 and spent the first two years of his life in a displaced persons camp in Bensheim, Germany before emigrating to New York with his family. He spent most of his childhood on Grant Avenue in the Bronx, watching Yankees games from over the wall of the stadium. After graduating Music and Art, he went on to Queens College, followed by NYU for a Masters of Public Administration. He then went on to New York Medical College where he completed his residency in psychiatry. Dr. Sussman remained committed to what is now NYU Langone Health for the entirety of his nearly 40-year career as a leading psychopharmacologist and clinical professor of psychiatry. Dr. Sussman served NYU in many roles during his distinguished career, including as Director of Residency Training, Associate Dean for Post- Graduate Medical Education, and Interim Chair of Psychiatry. He taught courses on psychopharmacology around the world, including a well-attended annual course at NYU each March, and contributed to many foundational textbooks and journals. He was the editor of the peer- reviewed journal Primary Psychiatry for over a decade. 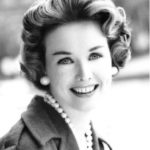 Lois Doyle McManus, M&A ’43, classical musician, actress, fashion model and matriarch, passed away on January 26, 2021 at age 95. “Born in Oakland, she graduated from the High School of Music and Art in New York, where she played French horn and piano. She was discovered by a modeling agent as a teenager and appeared on 17 magazine covers, including McCall’s. She grew to hate modeling, but used it to work her way through UC Berkeley, graduating in 1949. She was one of the pioneers of local television in the Bay Area, appearing on news and game shows on KGO, KPIX and KRON.” Read her full obituary here.

We were recently informed of the passing of Andrew Violette, M&A ’71. From his NYTimes obituary: He was an innovative composer of contemporary classical music. His music was known for  that combines formal brilliance with emotional immediacy. His music is characterized by long, sweeping melodic lines, polyphonic textures, and lush but transparent harmonies. Many of his works last more than one hour, though he was a master miniaturist as well. He was a virtuoso of extraordinary attainment on the piano and on the organ. Longtime music director at St. Augustine in Park Slope, Brooklyn. Accompanist and composer for choreographers Paul Sanasardo, Janet Panetta, and Merce Cunningham. Deeply missed by family and friends. Read about him on the Living Composers Project website.

Peter Sokole, M&A ’60, passed away in Amsterdam on April 17, 2021. His wife wrote: “Peter was a long-time member of the viola section of The Royal Concertgebouw Orchestra having advanced to the Assistant Principal viola position after beginning his tenure in 1971. He had a tremendous love for the RCO and their special Mahler tradition and indeed all of the late romantic repertoires. He retired from the orchestra in 2008 and with his wife, Ellinor Busemann Sokole, divided their time between Amsterdam and their home in San Giovanni d’Asso in the beautiful hills of Tuscany. For a period of 7 years, he enlisted groups of former RCO colleagues to travel to Italy and play in his newly created Musica Reale [www.musica-reale.com] chamber music festival. The musicians of course were eager to come and Peter was responsible for bringing first-class performances to an area of Italy which had heard little of this rich repertoire. Over the past ten years his mission was to work the same magic in Japan. Again these were the fabulous RCO players engaged in a labor of love. His contribution to the musical life of both his adopted countries and Japan will be missed. Peter died from complications due to COVID-19. His memory will be honored in ceremonies in Amsterdam with time and place TBA.” 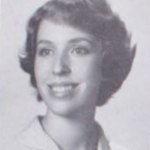 Dr. Christina Rose, formerly Christina Fiske, Class of 1960, will be dearly missed by her husband and co-composer, John Cepelak, Class of 1961, who would be happy to hear from former classmates to reminisce about Christina. She passed away on December 31, 2020.

Dr. Christina Rose was born Christina Fiske in 1942 in New York City to an artistic family. Her mother was an opera singer, her father was a writer, her brother a musician, and her grandparents were philosophers and suffragists with English and Danish heritage. She grew up in an apartment overlooking the George Washington Bridge. While a student at the High School of Music and Art, she was selected by legendary conductor Leonard Bernstein to perform a solo and to be in his choir on CBS television. Always interested in both music and culture, she earned a B.A. in music/ethnomusicology and anthropology at UCLA, and received her PhD in anthropology at U.C. Berkeley, where she pioneered a field that had no name at the time: African-American Studies. Her thesis was turned into a bestselling book, and she appeared on 60 Minutes. Read her full obituary here. 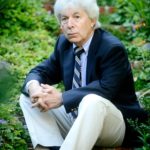 Read about the life of biographer Peter Manso (M&A ’57) who passed away on April 7, 2021. Mr. Manso earned a bachelor’s degree from Antioch College in Yellow Springs, Ohio, in 1961 and a masters from Johns Hopkins in 1962. After teaching for a year at Rutgers University, he turned to writing, earned a doctorate in American literature from the University of California, Berkeley, in 1968 and helped manage Mr. Mailer’s chaotic campaign for mayor of New York in 1969.
Read the full obituary from the NY Times here.

We are sorry to report the passing of Mitzi McWhorter Connors, PA ’53. Born in Skiatook, Oklahoma and raised in Kansas City, MO she came to New York City as an emancipated minor and went to the High School of Performing Arts and then the Neighborhood Playhouse where she studied under Sanford Meisner and Martha Graham. She went on to work in many productions in summer stock and Off Broadway. In 1960 she married actor Wayne Rogers and moved with him to California. Shortly after their marriage, she suffered a catastrophic car accident in which she became paralyzed on most of her right side. She relearned how to walk, write and speak. She went on to have two children, divorce and remarry Gerald Connors in 1989.

After graduation from Music and Art, she worked in the Art Department of TOWN & COUNTRY magazine, then subsequently at Rahl Studios, where she met her husband, illustrator Andy Virgil.

A renowned poet, she began writing haiku in 1968 and kept Anita Virgil as her pen name throughout her career. She served as president of the Haiku Society of America for 1973. A painter as well as a poet, an exhibition of 80 of her mushroom paintings was hosted by the New York Horticultural Society. Read more here.

His wife shared this note: “He loved his conga drums and Latin music learned at Music and Art. He played the drums all of his life. Peter also illustrated technical podiatry books.

Peter graduated from Duke University in 1958. He was then drafted and served in the army for two years. Later he moved to California. Located in the San Francisco Bay Area he graduated from medical school in podiatry in 1968. He practiced for twenty five years in the area. Later moving to Montana in 1994. He continued podiatry in Helena, MT until retirement in 2002.
Peter is survived by his wife, Desera Towle of Missoula, MT. Two daughters from a prior marriage, Debbie Shess and Lisa Wolf. He has five grandsons.

He loved to dance and play his drums while smiling as he enjoyed the Latin beat.